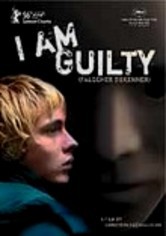 2006 NR 1h 34m DVD
Armin Steeb (Constantin von Jascheroff) is fresh out of college and at loose ends. Pressured by his overbearing parents to get a job, he rebels by claiming responsibility for crimes he didn't commit, scrawling lewd graffiti and indulging masochistic sexual fantasies. But what is imaginary and what is real? Directed by Christoph Hochhäusler, this darkly comic German drama also stars Manfred Zapatka and Victoria Trauttmansdorff.