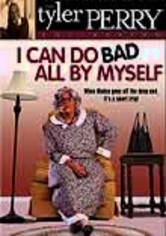 Parent need to know that this dramedy based on a play by Tyler Perry is both gritty and righteous. Although, like Perry's other films, it ends on a decidedly optimistic (if unsurprising) note, the main character is an iffy role model throughout much of the movie -- she smokes, drinks, and shows no compassion toward her sister's young children, who all need her help. The movie also examines the tragic toll of child abuse and includes a scene of near-sexual assault on a teenage girl.

A woman messes around with a married man, but the audience doesn't really see anything except them in bed under the covers. In another scene, a man and a woman share a gentle kiss.

A married man makes inappropriate, aggressive advances toward a teenager -- to the point of almost raping her. Two men end up in a bloody fight. A woman nearly kills a man by electrocuting him. Two comic characters jokingly threaten to dispense corporal punishment to set kids straight.

Perry's messages of faith and hope shine through, which many viewers may find inspiring. But his chauvinism does, too: Main character April can't seem to be saved without a man, and though she's a strong character, a not-so-subtle undercurrent leaves the impression that a woman needs a "good man" to make her way through this world intact.

While characters are seen dressed to the nines, there's little mention of brands -- though the Heineken label gets screen time.

A woman practically chain smokes her way through the movie; she also drinks so much that her friend calls her on it. A joint is mentioned but never seen on screen.