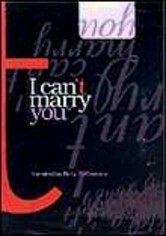 2004 NR 0h 57m DVD
Helmed by Catherine Gray and narrated by Betty DeGeneres -- mother of lesbian celebrity Ellen DeGeneres -- this hourlong documentary tackles the controversial topic of gay marriage in the United States. Via interviews with civil-rights attorney Evan Wolfson and 20 same-sex couples, the film chronicles their struggles against religious opposition and homophobia -- issues not faced by their heterosexual counterparts.