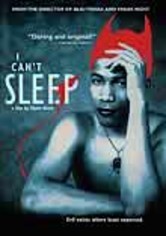 1995 NR 1h 50m DVD
Based on a real-life crime spree that held all of France in a state of shock, I Can't Sleep follows the lives of Theo (Alex Descas), an immigrant from Martinique; his brother (Richard Courat), who's exploring his identity as a drag queen; and Daiga (Katerina Golubeva), a Lithuanian woman. One of these characters could be behind the serial killings of elderly Parisian women ... but who?