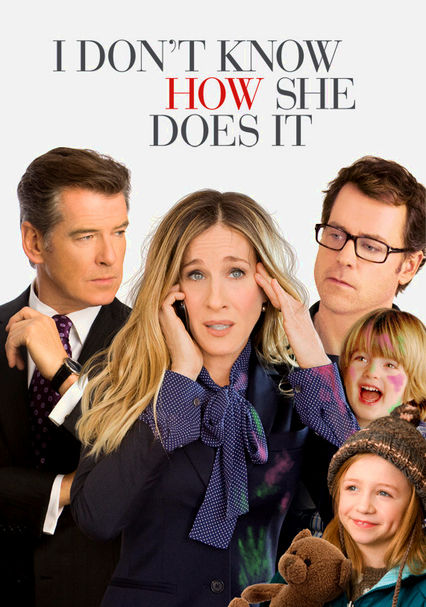 2011 PG-13 1h 35m Blu-ray / DVD
In this affable yuppie comedy, Kate Reddy is a successful executive, wife and mom whose personal and professional lives hang in precarious balance. When Kate takes on a new job challenge, she and her brood have some serious prioritizing to do.

Parents need to know that this book-based comedy about a mom (played by Sarah Jessica Parker) balancing work and family is more likely to appeal to adults than kids and teens. There's a fair bit of sexual innuendo and discussion about sex, both in and out of marriage (including a humorous reference to oral sex), but aside from a husband and wife kissing and hugging, no actual sexual activity is shown. Profanity isn't constant, though one scene has the main character repeating "s--t" multiple times. Teens who do watch will see mostly positive messages about the value of women in the workplace and the rewards of family life.

Lots of discussion about marital sex and relationships. A married couple prepares for sex, though it doesn't happen. A few scenes of passionate kissing, with the implication that sex will happen. Discussion about a couple's lack of sex. A humorous written and spoken reference to oral sex. Several instances of strong sexual innuendo played for humor. A scene takes place in a strip club, but only the feet of a female dancer are visible.

Supports the idea that a woman's career is important and valuable, and so is her family. Shows the challenges and rewards of balancing work and family. Some stereotyping of male and female roles played for humor.

Multiple scenes of social drinking by adults -- wine with dinner, beer at bars, martinis at restaurants. One joke about mixing vodka and Xanax as a way to cope.