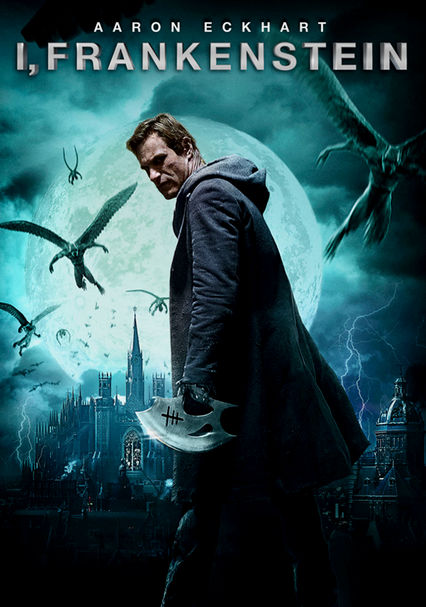 2014 PG-13 1h 33m Blu-ray / DVD
Many decades after his creation, Adam Frankenstein is still hunted through modern city streets, although now his pursuers are opposing clans of demons who want to uncover the secret of his longevity and use it to sustain their own immortality.

Parents need to know that I, Frankenstein is an action/sci-fi movie, based on a comic book, that recasts the famous monster as a new kind of superhero, with super-speed and strength, and immortality. Most of the movie consists of fantasy fighting, with blades and martial arts weapons. When defeated, characters disappear into fire and light, with very little blood; the main character sustains one minor, bleeding wound so that the female character can dress it. The sculpted, chiseled main character is shown shirtless in one scene, and female characters wear somewhat sexy outfits, but otherwise sex is not an issue.

The main character is shown shirtless, emphasizing his sculpted arms, chest, and abs. Some of the female characters are dressed in sexy outfits.

The movie features constant fantasy fighting. The hero uses two heavy sticks to beat up bad guys. Various blades are also used. When villains are dispatched, they simply turn into fire and disappear. When the good guys are dispatched, they turn into blue light and ascend into the sky. The main character is wounded and the female lead stitches up a cut on his back. Only a little blood is ever shown. There's a slightly disturbing lab experiment where characters attempt to resurrect a dead rat. A giant cavern is shown, filled with dead bodies hanging on hooks, all waiting to be resurrected.

The movie has a muddled message about teamwork, where the main character must choose which side to fight with during a war, but in the end, he appears to have become a lone wolf again.