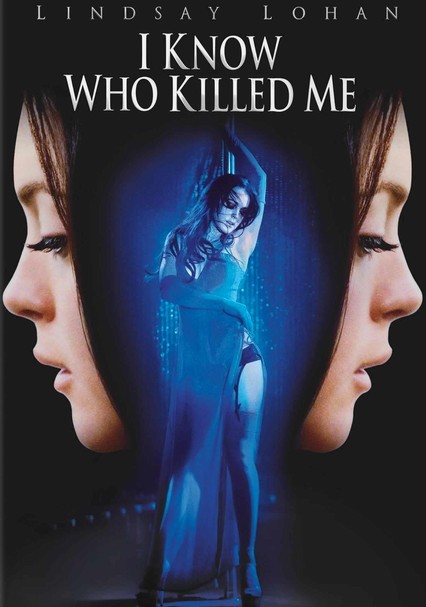 2007 R 1h 46m Blu-ray / DVD
When Aubrey Fleming (Lindsay Lohan) is kidnapped and tortured by a serial killer, she manages to escape with her life, minus one limb. But she can't shake the conviction that's she's no longer Aubrey, but rather her own doppelganger. While those close to her suspect she's suffering from post-traumatic stress disorder, the would-be victim is sure she's still in danger as she races to save Aubrey's life -- and her own.

Parents need to know that this Lindsay Lohan movie is emphatically not for kids. She plays a stripper who becomes involved in a serial murder case, appearing not only in pole-dancing scenes and scenes where she drinks and smokes cigarettes, but also in very violent scenes. This imagery includes bloody dismemberment, bondage, fights, a chase in a dark house, a creepy basement with prosthetic legs hanging from the ceiling, and a couple of dead parents discovered by high-school-aged children. Sexual imagery includes pole-dancing, lap-dancing, and much writhing on stage, as well as a sex scene between Dakota and Jerrod (all close-ups, with moaning, as her "mother" overhears from the kitchen downstairs). The strippers and their clients smoke cigarettes and drink hard liquor. Language includes frequent use of "f--k."

Film opens with, then repeats periodically repeats images of Dakota dancing in strip club (usually close-up, in red light, slow motion, and lingerie, pole-dancing and writhing); she rubs a customer's cigarette along her thigh, then he smells it. Strip club scenes show other women's naked breasts and lap-dancing. Aubrey kisses her boyfriend, also flirting with lawn-man (he holds up branch to simulate an erection and she shows off her tightly-clad form). Discussions of sex include high school girls ("popping out babies"), science class ("female reproductive organs"), Aubrey and Jerrod ("Is that all I am to you?"), Dakota and Jerrod (she uses "f--k" in her conversation). Repeated shots of cleavage, discussion of condoms (as the basis of a ruse played on FBI agents).

Extreme violence and frequent discussion of violence: serial killer in the news dismembers victims (bloody, explicit images of fingers frozen in dry ice so they turn black, then cut off), Dakota appears without arm and leg (especially bloody in her nightmare version), Aubrey screams and cries while she's tortured (close-ups of her face), search party for missing Aubrey recalls TV news. Dakota discovers her mother's dead body (overdosed, grisly blue/black, with flies buzzing). Dakota's wounds-by-osmosis are displayed overtly (bloody and gaping), as are images she finds on the net illustrating a concept called "Stigmata Twins." Fight between Aubrey and serial killer includes slamming, hitting, falling, bondage, a hand sawed off, and a throat cut, all producing lots of blood.

Terrible throughout: serial killer tortures and dismembers his victims; stripper drinks, smokes, and has indiscriminate sex; "good" schoolgirl flirts with seedy-looking gardener; father lies to daughter and wife; cops are threatening and slow on the uptake.

Heavy smoking and drinking by Dakota, her strip club boss, and clients at the strip club. Dakota says she was "raised by a crack addict."