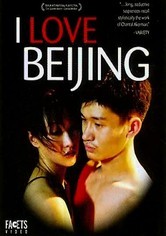 2000 NR 1h 39m DVD
Recently divorced cab driver Desi (Yu Lei) drifts through the Beijing dating scene as he woos a waitress, a librarian and a talk-show host in this elliptical portrait of a rapidly changing city. After chronicling old age and middle age, director Ying Ning makes young love the subject of the third installment of her Beijing Trilogy. The film won the Don Quixote Award at the Berlin International Film Festival in 2001.