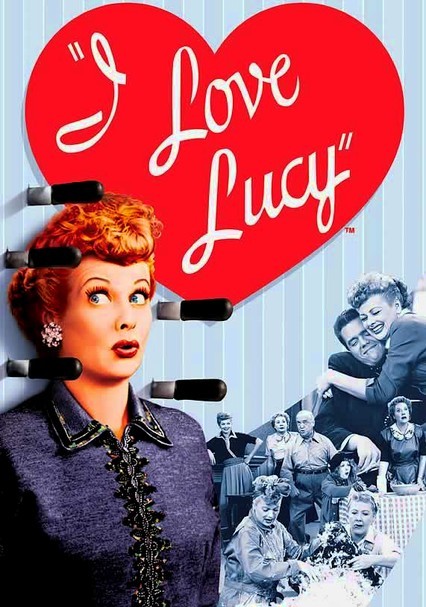 1951 TV-G 2 seasons
America's favorite redhead, Lucy Ricardo (Lucille Ball), always finds herself in the darnedest predicaments. With best friend Ethel Mertz (Vivian Vance) following her into mischief, Lucy's Cuban bandleader husband, Ricky (Desi Arnaz), and grumpy Fred Mertz (William Frawley) are usually left to bail them out. Featuring some of television's funniest moments, this Emmy-winning classic is considered by many to be one of the best hows of all time.

In the classic sitcom's star-studded fourth season, the Ricardos and the Mertzes head to Hollywood, where Lucy stalks some of Tinseltown's biggest stars beginning at the Brown Derby as she hits William Holden in the face with a pie. Later, she sneaks into Cornell Wilde's penthouse, lounges poolside with Rock Hudson, plays mirror image to Harpo Marx, waltzes with Van Johnson and scales Richard Widmark's garden wall to steal a grapefruit.

Originally known as "The Lucy-Desi Comedy Hour," this three-season series picks up where the sixth season of "I Love Lucy" left off, with Lucy, Ricky and the rest of the gang relocating from New York to quiet Westport, Conn. But the change of scenery has done nothing to tame the trademark zaniness of Mrs. Lucy Ricardo. Filled with celebrity cameos, from Betty Grable to Ida Lupino, this series is a must-see for fans of the iconic redhead.