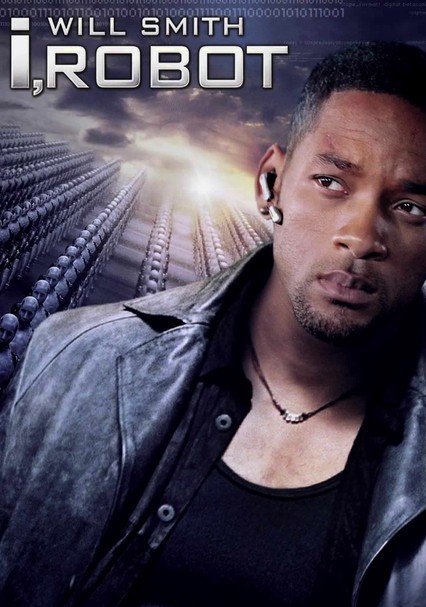 2004 PG-13 1h 54m Blu-ray / DVD
Inspired by Isaac Asimov's work, this techno-thriller stars Will Smith as Del Spooner, a technology-wary cop investigating the murder of a scientist in mid-21st century Chicago, who isn't the perfect man for the job … but he takes it on anyway. Aided by expert Dr. Susan Calvin (Bridget Moynahan), Spooner discovers that an android (Alan Tudyk) might be the culprit -- and realizes the entire human race could be at the mercy of machines.

Parents need to know that though most of the violent attacks are directed at robots, the creatures (some with distinct personalities and human voices) are crushed, dismembered, exploded, shot at, and destroyed. The results of one car crash are particularly intense. Humans are also in danger: a scientist is dead and bloody on the ground having fallen from a great height; repeated flashbacks show a young girl trapped and drowning in a car; a great, military-like force of robots chase and try to kill humans. Swearing is relatively mild, but there are many instances of "ass," "s--t," "goddamn," "hell," "piss," etc. In one early scene, Will Smith is seen in the shower, naked from the back, perhaps to compare the human physical ideal with the robotic form, otherwise it seems gratuitous. Product placement is obvious and frequent.

Heavy on violent Robot versus Human action. Numerous scenes in which robots are shot and "terminated." Robots chase and attack humans in several sequences. A particularly intense car accident results in major destruction of the robots. A little girl is shown trapped underwater in repeated visuals. A dead human body is seen on the floor with blood around the mouth. Character jumps out of window.

Human beings have to be watchful as they develop newer and more complex technology; There is a danger inherent in letting automation take over so many aspects of our lives. The hero faces ridicule and punishment for following through on his beliefs; sometimes doing what you think is right has consequences.

Some alcohol consumption: drinking from a bottle, social drinking, one high ball.