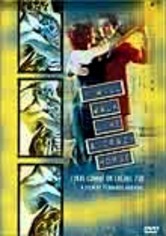 1973 NR 1h 40m DVD
Organized religion and faith set the background for this story about a man named Aden (George Shannon) who, following his mother's death, escapes from the society to which he's accustomed. Out in the wilderness, he discovers the wonder and beauty of nature -- and a recluse named Marvel, who possesses the power to talk to animals. When Aden returns to society with Marvel, he realizes just how much he despises the civilized world.