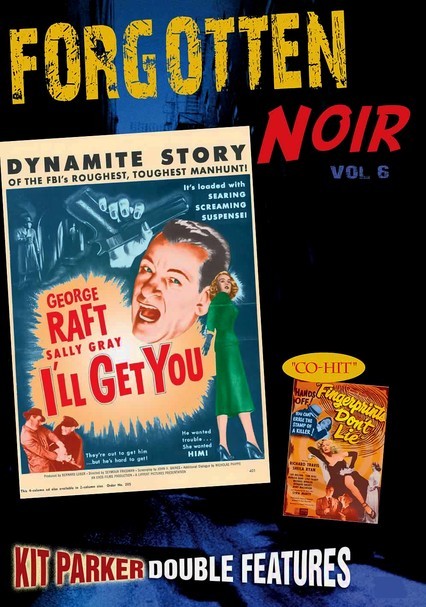 1951 NR 2h 15m DVD
In this noir double feature, an FBI agent probes the disappearance of nuclear scientists, and a journalist questions the airtight evidence used to identify an accused murderer. George Raft stars as the G-man on the trail of kidnappers smuggling noted atomic scientists behind the Iron Curtain in I'll Get You. And Rory Mallinson is a reporter investigating a mayor's murder after doubting a fingerprint expert's conclusions in Fingerprints Don't Lie.