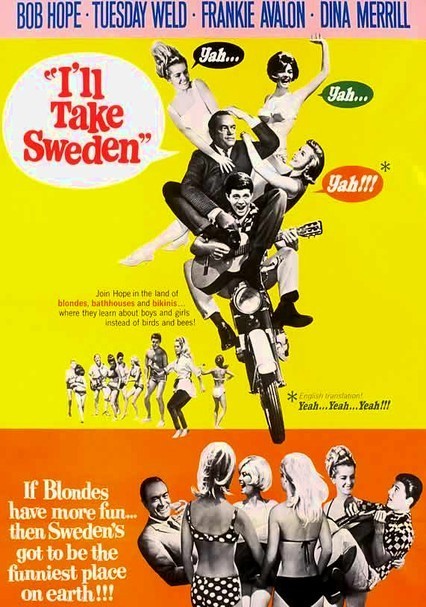 1965 NR 1h 37m DVD
Widower Bob Holcomb (Bob Hope) is forced to think twice after he tries to keep his teenage daughter, JoJo (Tuesday Weld), from marrying "good for nothing" Kenny (Frankie Avalon) in this romantic comedy. Things go well when Bob takes a job in Sweden and Jojo is away from Kenny. But when she falls for a notorious Swedish playboy (Jeremy Slate), Bob devises a plan to get Jojo and Kenny -- who's not so bad after all -- back together.