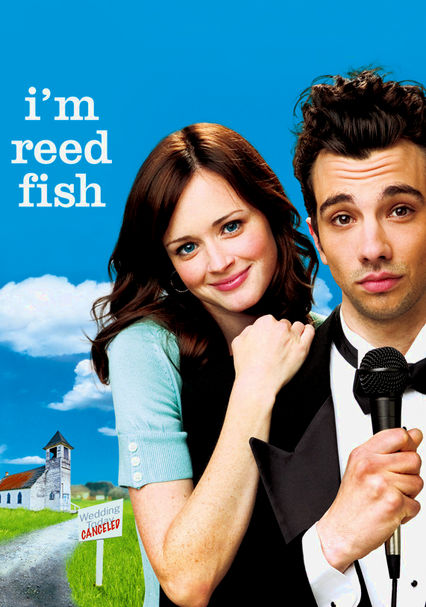 2007 PG-13 1h 33m DVD
A big fish in the little pond of Mud Meadows, Reed Fish has it all: He hosts a radio show with the mayor and is about to wed the town beauty. But when his high school crush resurfaces, he makes choices that throw his life into chaos.

Parents need to know that there's very little to worry about in this earnest romantic comedy. The characters are all well-intentioned, and even when they behave badly, it's only because they're human, not because they want to hurt anyone (this is made very clear). Teens who know star Jay Baruchel from Judd Apatow's Knocked Up may be surprised that there's no foul-mouthed guy humor here. Instead, it has themes about finding yourself and making authentic choices. Some drinking, but only by those of legal age, and one heavy make-out session.

An engaged couple paw each other and make out (sex later is implied). Another pair kisses nearly every time they're onscreen together (quick pecks and some long smooches, but nothing in close-up). An engaged man flirts with a woman who's not his fiancée; later, he kisses her and she eagerly reciprocates.

Two men brawl clumsily, shoving each other, rolling around on the floor, and even removing one shoe each as if to swat at each other. One character talks about "hurting" another through martial arts, but nothing happens; the same person also breaks a board with a punch (it's a deliberate stunt, so no one gets hurt). Two women scream at each other briefly over a man's affections.

"Hell," "damn," and "Jesus" are about as bad as it gets. In fact, there's even a joke about the word "frig" (as in "frigging") being too colorful for a character who's somewhat uptight.

Reed, who's engaged, kisses a woman who's not his fiancée; guy friends jokingly threaten each other with bodily harm; in one incident, two male friends get in a prolonged fistfight (though no one draws blood).

Little to speak of except for vintage products (like rotary phones and mics, which are prominently placed in the radio station).

Beer and hard liquor are served at bars and restaurants and champagne appears at a wedding, where Fish has a little too much; Fish and his future father-in-law smoke "Cubans."