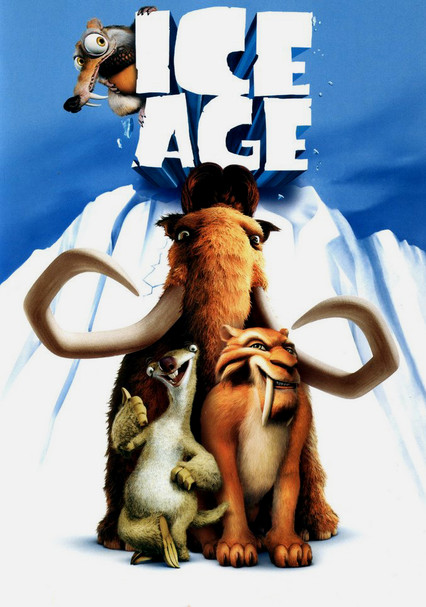 2002 PG 1h 21m Blu-ray / DVD
With the impending ice age almost upon them, a mismatched trio of prehistoric critters -- Manny the woolly mammoth (Ray Romano), Diego the saber-toothed tiger (Denis Leary) and Sid the giant sloth (John Leguizamo) -- find an orphaned infant and decide to return it to its human parents. Along the way, the unlikely allies become friends. But when enemies attack, their quest takes on far nobler aims.

Parents need to know that this animated feature aimed at young children seems to have more than its share of scary scenes and frightening creatures. A mother drowns while trying to save her infant. Fang-toothed tigers are continually shown in close-up while on the attack. Murderous rhinos chase the earth's most vulnerable beings. Nature's calamities (avalanches, erupting volcanoes) are overpowering and threaten everything in their paths. Animals are depicted as killers simply for the sake of evil, rather than as a means of survival.The human tribes featured are powerless in the face of a dangerous natural world.

Frequent animated action/violence: rhinos rampaging in several sequences; scary saber tooth tigers on the attack numerous times, their victims include a tribe of humans whom they stalk and assault, killing many. The tigers fight other animals and humans as well as each other. A human mother is seen desperately trying to save her baby from the tigers. After she gets him to safety, she disappears into the sea and is never seen again. There are several threatening avalanches; an erupting volcano with the lava that endangers the heroes; characters falling from cliffs or sliding down mountainsides; and one character is impaled on icicles.

A few humorous references to diapers and pooping.

Different species can bond and work together for a righteous cause. Members of a herd, even a herd with diverse species, must save and sacrifice for one another: "that's what you do in a herd." Through example, even a villain can learn respect and empathy for others.