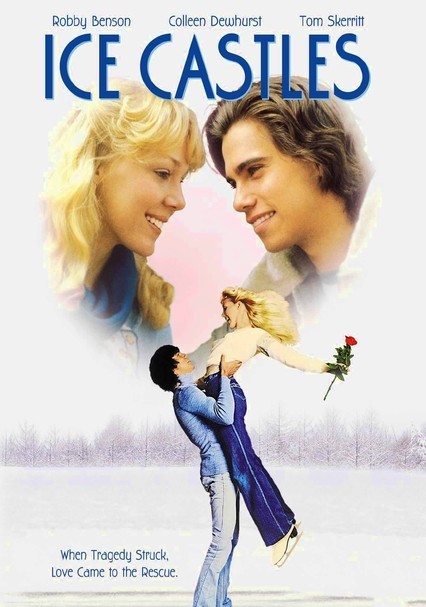 1978 PG 1h 48m DVD
Considered too old for a professional ice-skating career, 16-year-old Alexis (Lynn-Holly Johnson) nonetheless triumphs to become a champion. Tragically, she falls and suffers a brain injury that leaves her nearly blind. With the help of her father (Tom Skeritt) and her boyfriend, Nick (Robby Benson), Alexis attempts, against all odds, to again become a top-ranked skater in director Donald Wry's Oscar-nominated romantic drama.

Parents need to know that 16-year-old Alexis is thrown into a world too fast and big for her. As a consequence, she makes some self-destructive decisions. She cheats on Nick with another skater, and drinks wine at a party. Alexis also feels gross and sexualized by her sponsors. A tragic accident disables Alexis. Teen characters make out and teen sex is implied, not shown.

Some making out shown amongst teens and sex is implied. Nick is seen in his underwear.

Some hockey-related violence, including smashing into walls and a near fistfight. Alexis throws things and breaks them. No one is injured. Beulah wrestles Alexis to the ground in the mitds of a fit. Marcus and Nick go hunting together. They carry guns but don't shoot them. Alexis has a tragic fall on the ice rink that leaves her mostly blind.

Beulah drinks liquor from the bottle and later drinks beer. Marcus drinks beer, too, and Lexie drinks wine at a party even though she's 16.