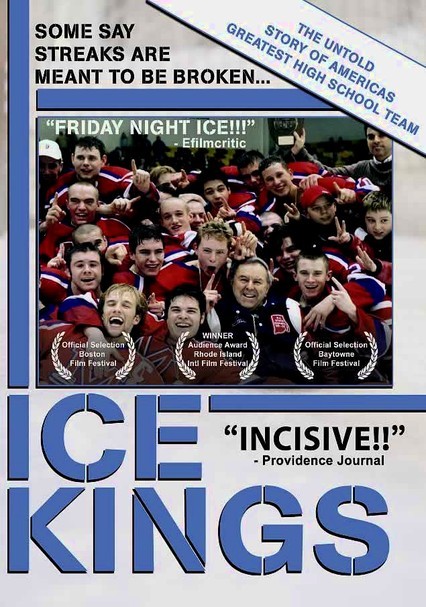 2006 NR 1h 22m DVD
Sooner or later, every streak has to come to an end, but in the case of a Rhode Island high school hockey team, that end would come much later -- 26 years, to be precise -- than anyone could've guessed. This documentary tells the story. Directed by Craig E. Shapiro -- who graduated from the school that eventually beat the mighty Mount Saint Charles Academy -- the film traces the program through its founding to the end of the streak and beyond.