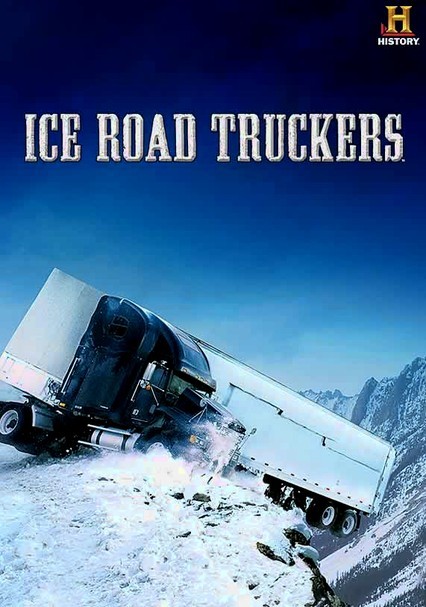 Tough truckers face constant danger as they take on one of the most hazardous jobs in the world: transporting 20-ton loads of supplies to Canadian mining posts by driving over frozen lakes during the two months of the year the ice is solid.

It's man vs. nature in this reality series featuring fearless big-rig drivers who deliver supplies to mining operations high in the arctic, across temporary roads built on frozen rivers and lakes. This season, a storm threatens the entire outfit.

A group of daring truckers navigate their 18-wheelers along treacherous waterways to deliver supplies to remote Alaskan oil rigs. The determined drivers push their semis and themselves to the limits of endurance as they confront deadly dangers.

Parents need to know that the truck drivers featured in this reality show are always at risk of accidents and even death -- which the narrator emphasizes regularly. Some scenes include mild to moderate accidents, though injuries aren't shown. The narrator also describes deadly accidents from the past while graphics and stock footage (like shots from below the ice as the trucks drive over it) hint at impending danger. The truckers sometimes engage in coarse humor (one moons the camera, though his butt is blurred onscreen), and occasional jokes about "peckers" and "kinky underwear" pepper the dialogue, but it doesn't go further than that.

Some mild sexually tinged humor of the "boys will be boys" variety -- including use of terms like "peckers" and "kinky underwear." One of the guys moons the camera, but his butt is blurred out.

There's a constant threat of injury -- or even death -- when doing this dangerous job. Some scenes show accidents (but no injuries). Occasional joking threats of violence between the guys.

The series shows the danger of this specific kind of trucking, and highlights the reasons why people undertake it.

Several of the men smoke cigarettes, and there's mention of drinking/bars. Drivers must take drug tests before the driving season, and that process is documented.