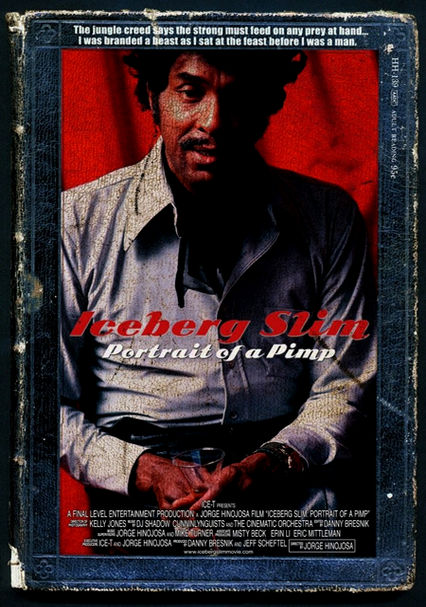 Parents need to know that Iceberg Slim: Portrait of a Pimp is about a man who formerly made his living from prostitutes. The brutality and ugly aspects of this job are generally glossed over in the film in favor of praising the pimp's style and power. Interviewees chuckle indulgently as they talk about Iceberg Slim's life and that of the pimp in general, which sends a powerful and confusing message to the viewer, particularly when the film's words are illustrated with glamorous images of well-dressed men in fancy cars and suits. There is some cursing, including unbleeped four-letter words, and plenty of references to women as "bitches." An archival scene of Slim slapping a woman who falls to the ground is played repeatedly, and there is some discussion of beating women to "keep them in line" that seems unrepentant. Slim is a former heroin and cocaine addict and discusses this onscreen; viewers also hear that he spent all his ill-gotten gains this way. Interviewees also smoke onscreen. One hacks a smoker's cough as she lights up -- parents may want to point out the effects of smoking, if they allow older teens to watch this very iffy prospect at all.

Though the whole movie is about a man who took money from women who had sex with other men to get it, sex is rarely mentioned. But viewers will see many shots of scantily clad women, some loitering on street corners or getting into cars, and there is some discussion of the mechanics of prostitution.

There are some mentions of violence, particularly against women to "keep them in line." Archival footage of Slim slapping a woman to the ground is replayed repeatedly.

Many unbleeped F-words and S-words; the words "bitches" and "hos" are frequently applied to women.

The subject of the film and interviewees seem captivated by the pimp's style and power, while the film glosses over the unpleasant and brutal aspects of the job.

Real celebrities are interviewed and the names and book covers of Slim's books appear many times onscreen.

Scenes take place in bars and discuss drugs (heroin, cocaine) onscreen. Several people smoke onscreen; one coughs disgustingly, which parents can point out to kids and teens who may find smoking glamorous.