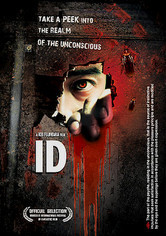 2005 NR 1h 44m DVD
A string of gruesome accidents in an isolated town seems to be tied to a wanted murderer, until a local woman is implicated in the violent death of a factory manager. The murderer and the woman realize they share a powerful connection, making it clear that there are mysterious forces at work. This psychological thriller examines the id -- the subconscious force that taps our deepest desires -- and asks what happens when it can't be controlled.