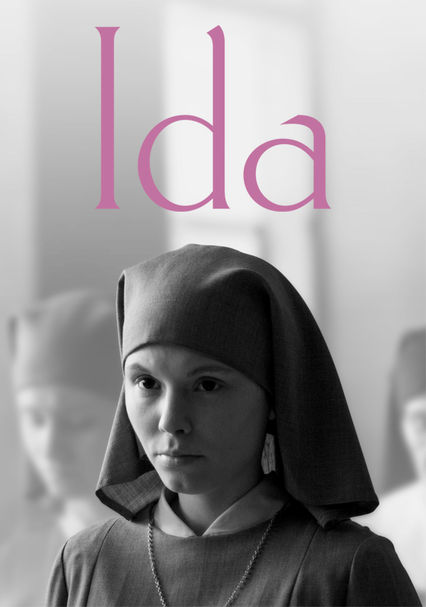 2014 PG-13 1h 22m Blu-ray / DVD
Raised in a Catholic orphanage during the Nazi occupation of Poland, Anna is poised to join the order when she learns she has a surviving aunt. But visiting the woman before taking her vows uncovers some inconvenient truths about her heritage.

Parents need to know that Ida is a 2013 Polish film about a young orphan woman raised in a convent on the verge of becoming a nun before learning that she is Jewish. She undergoes a journey in search of her background, and where her parents, killed during the Holocaust, are buried. As such, it's an emotionally intense drama best for teens who have the maturity and historical perspective to understand not only what transpired during the Nazi occupation of Poland in the 1940s but also what life was like in Poland under Communist rule in the early 1960s. One of the lead characters frequently drinks and smokes; she drives around the Polish countryside drinking vodka straight from the bottle, culminating in a car accident after which she is arrested for drunk driving. There also is brief nudity (bare breasts) in the aftermath of two characters having sex. A character is shown jumping out of an apartment window to commit suicide, which is filmed from behind.

A woman's bare breasts. A man and a woman are naked in bed after sex.

A woman commits suicide by jumping out of a window in her apartment; the scene is filmed from inside the apartment.

A woman drinks from a bottle of vodka before operating a vehicle. She loses control of the vehicle and is arrested for drunk driving. Characters drink and smoke.