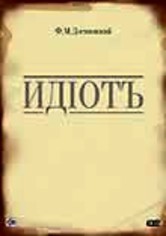 2003 NR 2 discs
In this second volume of a fine Russian adaptation of Dostoevsky's novel &NFiThe Idiot&NFi_;, Nastasya Filippovna wants to arrange the marriage between Aglaya and Prince Myshkin -- regardless of her own feelings for the prince. Twists and turns abound, including attempted suicides, murder and insanity. Will the true love between the prince and Nastasya ultimately win out, or will they end up as tragic, star-crossed lovers?