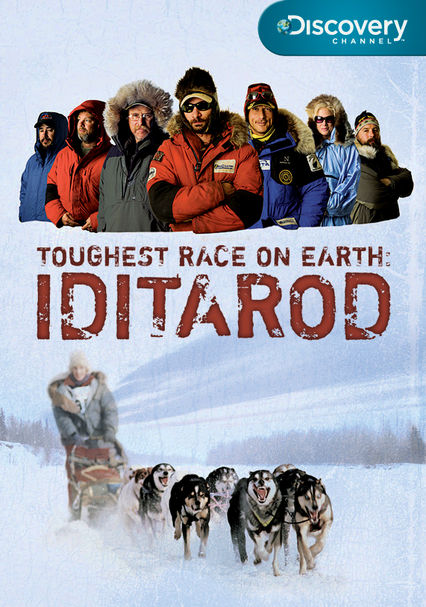 2008 TV-PG 1 season
In Alaska's remote and rugged wilderness, 96 sledding teams of mushers and dogs vie for the 2008 Iditarod title. This Discovery Channel series follows their amazing race from Anchorage to Nome as they try to outrun each another and outwit nature.

In Alaska's remote and rugged wilderness, 96 sledding teams of mushers and dogs vie for the 2008 Iditarod title. This Discovery Channel series follows their amazing race from Anchorage to Nome as they try to outrun each another and outwit nature. It's the ultimate test of endurance as animals and humans must work together for 1,150 miles to achieve a common goal. Interviews give a closer look at who enters this grueling race and why.

Parents need to know that the title of this reality series is no understatement. The annual Iditarod Trail Sled Dog Race is one of the sporting world's most challenging adventures, and the men and women who sign on are a fascinating, diverse bunch united by a shared love for their dogs and a willingness to push themselves far beyond the normal limits of human endurance. There's some (generally bleeped) swearing, and the race's corporate sponsors' logos get a good bit of airtime, but in this competition, there's little time for sleep, much less romance or drinking.

Some dogsleds overturn during the race, but there's not much damage to the sleds, mushers, or dogs.

Some choice words escape during the heat of competition, including "s--t" and "f--k," though they're few and far between (and bleeped when they do occur).

The Iditarod mushers are highly competitive and push themselves and their dogs to win, but there's very little unsportsmanlike behavior or cheating. In fact, there's plenty of camaraderie between the racers, and they often note that in the very harsh climate of Alaska, where even a small mistake can have fatal consequences, there's a strong ethos of looking out for one another. The mushers are also devoted to their dogs and often discuss how much they rely on these very impressive creatures. The majority of the featured mushers are men, but at least one woman participates.

The Iditarod Trail Sled Dog Race has many sponsors whose names and logos are frequently visible, including Wells Fargo and Cabelas.

One musher is a diabetic and discusses his need for insulin.