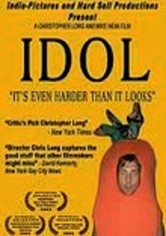 2006 NR 1h 30m DVD
When the lead actor of the hit gay-themed action series "Espionage" dies suddenly, the network brass scramble to find his replacement. They cast Kerry Mitchell (Scott Victor Nelson), an unknown and openly gay actor. As Kerry preps for the ensuing media parade, he harbors a secret that could jeopardize his shot at stardom. Matthew Jett Schaefer and Gabrielle Docktor also star in this Hollywood satire co-directed by Mike Heim and Christopher Long.