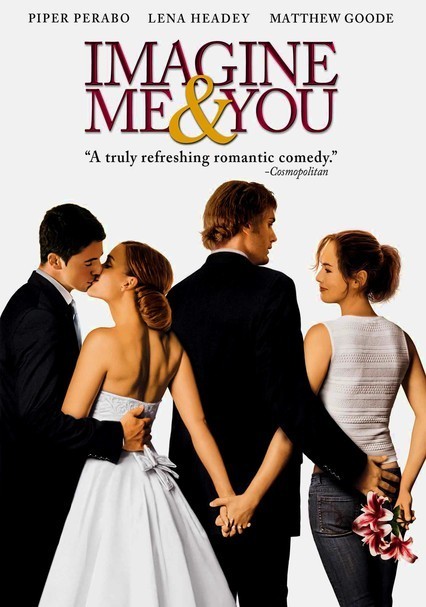 2005 R 1h 33m DVD
In this unconventional romantic comedy that gives new meaning to the term "cold feet," bride-to-be Rachel (Piper Perabo) is love-struck -- not with her groom, but rather with another woman who's a guest at their wedding. As she's marching down the aisle with her longtime sweetheart, Heck (Matthew Goode), Rachel is immediately bewitched by a beautiful guest (Lena Headey). But following her heart's true desire is hardly an easy proposition.

Parents need to know that Rachel has to grapple with her attraction to a woman and her love and fidelity toward her husband. She handles it in a mature way, as does her husband when he discovers her attraction to Luce. There is some kissing between Luce and Rachel, but nothing graphic or explicit. There's also some cursing and drinking, but the film handles its adult themes with grace and compassion for everyone involved.

Though Rachel does find herself attracted to someone else at her wedding and does kiss her, Rachel, Luce, and Heck all handle it in a very responsible, respectful manner. They do their best not to hurt one another. The film also shows how lying about who you're attracted to makes everyone miserable.

Cooper talks about consuming "endless amounts of drugs." Heck gets drunk after quitting his job. There is some moderate drinking, as well.