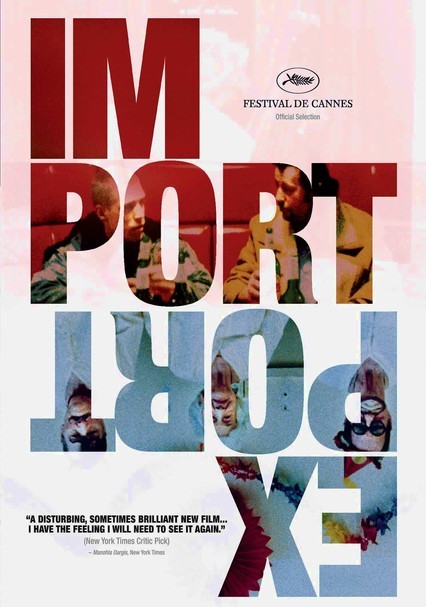 2007 NR 2h 15m DVD
Hoping for a better future, Olga (Ekateryna Rak), a nurse in the Ukraine, immigrates to Vienna. Paul (Paul Hofmann), out of work in Vienna, immigrates to the Ukraine in search of his dreams. Each finds success and failure in their own way, but neither gets what they expect. Michael Thomas co-stars in Ulrich Seidl's bittersweet story of dreams pursued and unfulfilled, a drama nominated for the Palme d'Or at the 2007 Cannes Film Festival.