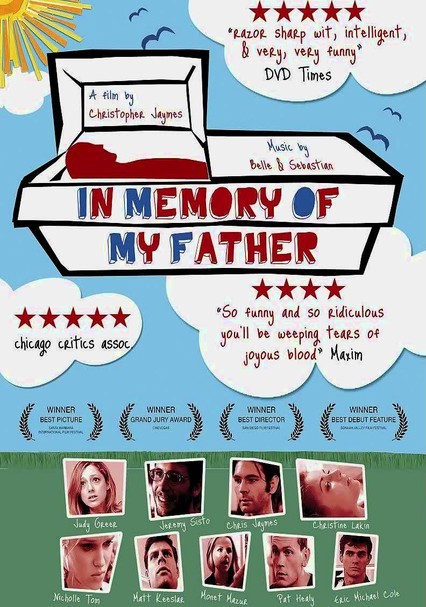 2005 NR 1h 36m DVD
Family comes together -- rather collides -- in this dramedy penned and directed by Christopher Jaymes. While on his deathbed, a bigwig Hollywood producer (David Austin) recruits his youngest son (Jaymes) to document the grim affair. Sons No. 1 (Matt Keeslar) and No. 2 (Jeremy Sisto), along with their various counterparts, converge upon the house where emotions flare and egos are bludgeoned. Judy Greer adds solid support as Dad's last girlfriend.