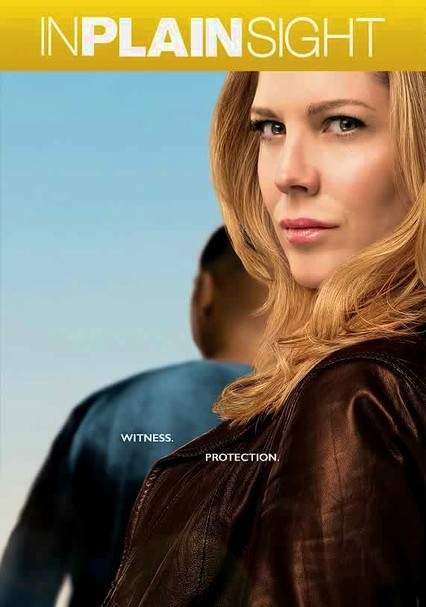 In the third season of USA Network's hit series about Mary Shannon (Mary McCormack), a marshal in the Albuquerque branch of the Witness Protection Program, Mary copes with the effects of getting shot and continues to protect witnesses, whether criminals or innocents. Mary's partner, Marshall (Frederick Weller), is determined to find her assailant, while her fiancé (Cristián de la Fuente) and wacky mother (Lesley Ann Warren) beg her to retire.

When U.S. Marshal Mary Shannon receives life-changing news, her partnership with Marshall, who's also her best friend, is thrown into turmoil. Yet gung-ho Mary insists on continuing their work of protecting federal witnesses and catching bad guys.

Tough and beautiful U.S. Marshal Mary Shannon finally comes face-to-face with her fugitive father in Season 5, all while balancing motherhood, several romantic prospects and her job guarding individuals in the witness protection program.

Parents need to know that while this drama isn't exactly age-inappropriate for older teens, its strong violence (gunshot wounds, stabbings, etc.) and sexual innuendo (slang, partial nudity) make it a better fit for its intended audience -- adults. Scenes include a murdered girl is shown with her chest cut open, a woman faking an orgasm over the phone in an attempt to convince a male caller that she's having sex with another woman, and more. Language includes words like "bitch" and "ass," and characters smoke, drink, and use drugs.

The sexually charged dialogue is peppered with cheeky euphemisms for genitalia (think "Johnson" and "wee wee") and sex (a woman is assumed to be "a tight little ride"). One scene revolves around a female character faking an orgasm; in another, a woman's naked body is shown from the side as she lies face-down on a bed, although no sensitive body parts are visible.

Characters suffer from relatively graphic injuries (gunshot wounds, suicides, stabbings) that usually involve blood and often end in death. Since the main character is a U.S. marshal, she carries a gun at all times and isn't afraid to use physical force to get what she wants.

The show pushes a clear message of girl power and shows that women can be both forceful and strong. But by making a mess of Mary's personal life, it also subtly hints that "having it all" -- whatever that means -- isn't fully possible.