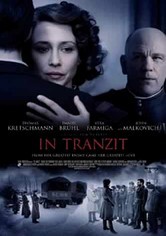 2008 R 1h 30m DVD
In this direct-to-video drama, a group of Nazi prisoners of war are locked up after the end of World War II in a Soviet prison staffed by women. Can they use their feminine wiles to identify SS officers suspected of slaughtering Russian civilians?