In the Arms of My Enemy 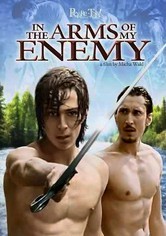 In the Arms of My Enemy

2007 NR 1h 25m DVD
Set in Eastern Europe in 1856, this dramatic adventure from France follows brothers Jakub and Vladimir, teenage boys who have enlisted in the Cossack army in order to escape a fate of endless poverty. Meanwhile, two other brothers, Elias and Roman, have resorted to stealing horses to make ends meet, and when fate brings the four young men together, the meeting proves to be an explosive collision that can end only in death and destruction.