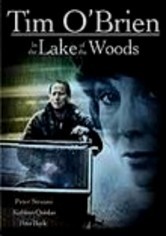 1996 NR 1h 30m DVD
John Waylan's (Peter Strauss) aspirations for the U.S. Senate dissolve when an exposé surfaces suggesting he was involved in a civilian massacre during the Vietnam War. Defeated, Waylan retreats to a lakeside cabin, where his wife (Kathleen Quinlan) suddenly disappears. As the search for his missing wife mounts, John wrestles with the demons of his past. Based on Tim O'Brien's novel, this made-for-TV drama also stars Emmy winner Peter Boyle.