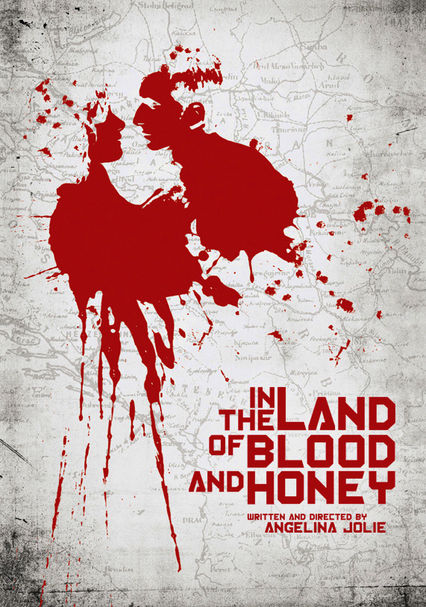 2011 R 2h 7m Blu-ray / DVD
Danijel, a Bosnian Serb soldier serving under his father's command, reunites with Ajla, a Bosnian Muslim woman he was involved with before the war, when she is captured by his camp and forced to work as a sex slave.

Parents need to know that although In the Land of Blood and Honey -- actress Angelina Jolie's writing/directing debut -- is ostensibly a romantic war drama, it has much more gory, highly disturbing war imagery than romance. Expect very strong violence against women: Soldiers rape and bully women prisoners, and women are shot and killed and used as human shields in a battle. There's lots of blood, and a baby is killed off screen. In addition to the violence, there are three sex scenes with some full-frontal nudity, "f--k" is used (subtitled) several times, and the soldiers drink and smoke. It's possible that very mature teens could learn something about the horrifying conflict in 1992 in Bosnia-Herzegovina by watching, but unfortunately, the information isn't presented with the greatest of clarity, and the material is far too strong for kids under 18.

The main characters have three sex scenes that include full-frontal nudity. Women prisoners are seen bathing. In a very upsetting scene, soldiers make old women strip naked (viewers see their behinds) and laugh at them.

Soldiers brutally rape women prisoners, more than once. Women are also bullied and beaten regularly. Lots of blood is shown. Women are used as human shields in a battle. An old woman is shot in the head, and a baby is killed (off screen). A character dies a gurgling, bloody death. In other scenes, soldiers are seen shooting and killing, fighting and pummeling. Also explosions and dead bodies.

The movie wants to raise viewers' awareness of issues like the brutal treatment of female prisoners in Bosnia. But its main question is about giving up freedom to buy a measure of safety -- a question that it doesn't really answer. It also remains ambiguous or unclear on a number of other issues.

Soldiers drink and smoke cigarettes to pass the time. The main characters drink most of a bottle of wine with dinner.