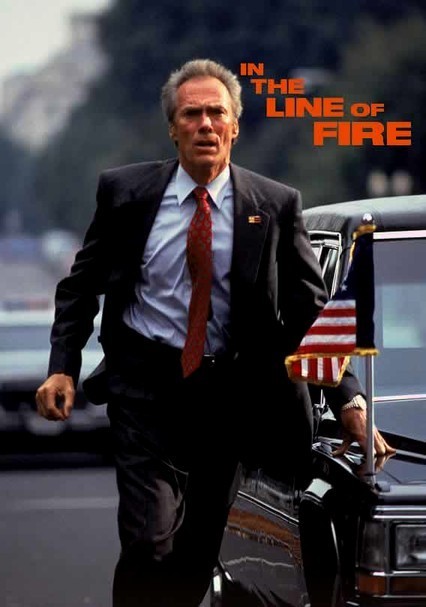 1993 R 2h 8m DVD
In this taut thriller, a warped yet ingenious killer taunts a veteran Secret Service agent who's haunted by his failure years ago to save President Kennedy -- and unable to make the current commander in chief heed the psycho's assassination threats.

Parents need to know that violence in this actioner includes innocent characters disturbingly murdered (shootings, bludgeonings, strangulation) just for being in the wrong place at the wrong time. There is a walk-through of how one might get close to a U.S. president for killing purposes. Swearing is frequent and includes "f--k" and "s--t." The hero (declared to be a divorced alcoholic) and the heroine have sex, though nothing is really shown. The bad guy hints at Washington D.C.'s distrustful secret side, of training hit-men, and carrying out assassinations. Somehow there is no mention of particular political parties, issues, or leanings, even with the election-year backdrop.

Frank and his leading lady shed clothing (just out of frame) before an (interrupted) bedroom tussle; it's mainly a gag shot to disclose how much weaponry they carry. The point is made that their relationship has become intimate. Brief shot of another scantily clad couple surprised on the couch in a police raid.

Shootings (or threats of shootings) at close range, with blood, fatalities. Two characters brutally beaten/strangled to death; another falls from a lethal altitude.

Message of duty and honor in Frank's drive to protect the Chief Executive, regardless of personal bitterness about unfairness on and off the job.

Frank is said to have a drinking problem but nothing is really shown.