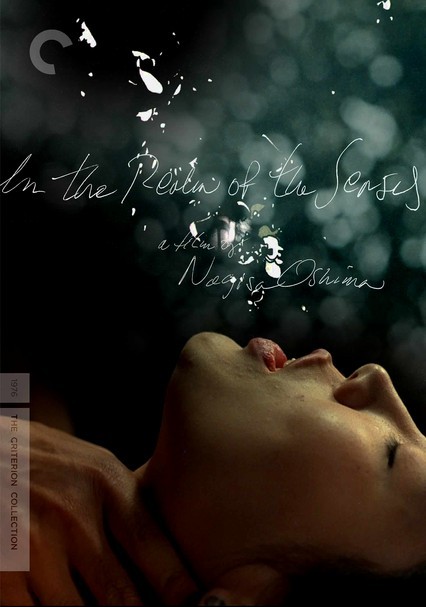 1976 NC-17 1h 42m Blu-ray / DVD
Against a backdrop of growing imperialism and absolute government control, a Japanese businessman (Tatsuya Fuji) and his employee-turned-mistress (Eiko Matsuda) throw caution to the wind as they give in to a sexual and romantic obsession that threatens to consume them. This restored version of Nagisa Oshima's controversial classic includes a 1976 interview with the director and stars, deleted footage, and commentary from film scholar Tony Rayns.