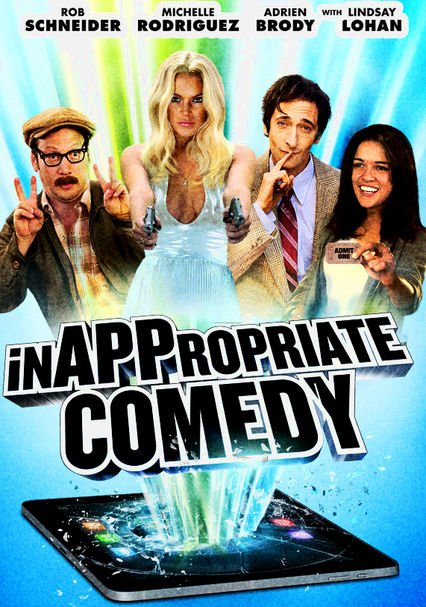 One character is a tough cop who shoots some bad guys with a handgun. One is shot in the anus, which then bleeds everywhere. A fight breaks out when a "hidden camera" gag goes awry. An angry passerby beats up one of the actors. Many other tense scenes with heavy aggression.

No positive messages amid the nonstop jokes about sex, racism, and homophobia positive. The angry, aggressive responses to these jokes is arguably even more uncomfortable.

Some empty "40 ounce" bottles are shown in one scene as part of a racist joke. Drug use during the blackout sequence.