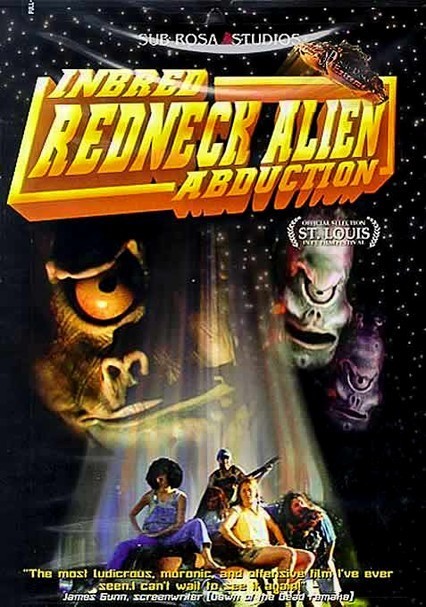 2004 NR 2h 0m DVD
Villainous extra-terrestrials get their just rewards when they decide to invade the Earth and abduct some of its denizens. Their big mistake? They've chosen to make off with a group of rednecks (played in part by Chad Bockholdt, Adam Hackbarth, Robert Lloyd, Don Pearson and Patrick Voss), who'll have the aliens' heads spinning with their wacky ways and bizarre approach to captivity -- and who just may seem more alien than the extra-terrestrials!