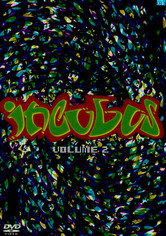 2001 NR 2h 30m DVD
Renaissance band Incubus displays an amalgam of musical influences as they perform in this compendium that includes music videos (including "Stellar," "Pardon Me" and "Drive"); a live performance of four hits (such as "A Certain Shade of Green" and "The Warmth"); segments of a 1998 concert, in which they perform early chart-toppers such as "Idiot Box" and "Glass"; and a behind-the-scenes peek at the making of two videos.