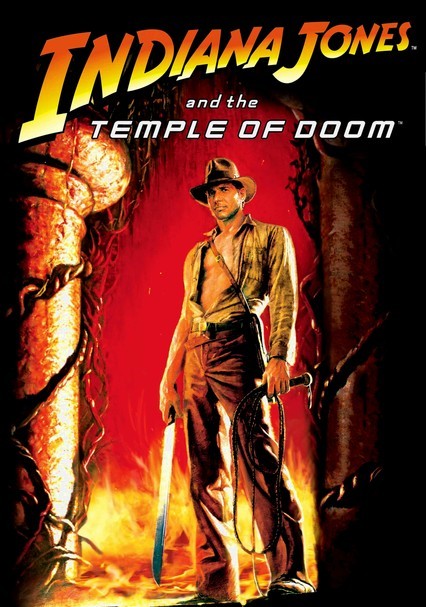 1984 PG 1h 58m DVD
The second film in the Indiana Jones series takes Indy, young sidekick Short Round and spoiled songbird Willie Scott to a remote fortress in India to find a missing magical stone. In the process, the trio stumbles upon a pagan cult.

Parents need to know that this installment in the Indiana Jones trilogy -- along with Gremlins -- is the reason the PG-13 rating was ultimately created. In addition to the fights that marked the first Indy movie, this one also has potentially nightmare-inducing scenes of things like a man's beating heart being torn right out of his chest. Children are also worked near to death in the mines, and there are lots of gross-out activities -- none more nauseating than the eating of monkey brains and live snakes. There's also a bit of language and some flirting/sexual banter.

Generally mild flirting/sexual banter between Jones and Willie. Some cleavage and short/suggestive outfits. Innuendo. Indy must push on a statue's breast to open a secret passage.

Hand-to-hand combat and gunfights. Indiana Jones is severely scourged. Some very scary scenes set in the temple that include torture and human sacrifice, including the removal of still-beating hearts. Also some gross-out scenes with bugs, unusual foods (monkey brains!), and more. Indy frequently uses his whip.

Perseverance, teamwork, and trying to do the right thing are ultimately rewarded, although some of Indy's methods are iffy. There are very clear lines between good guys and bad guys.

Glasses/bottles seen in a nightclub; champagne is poured.