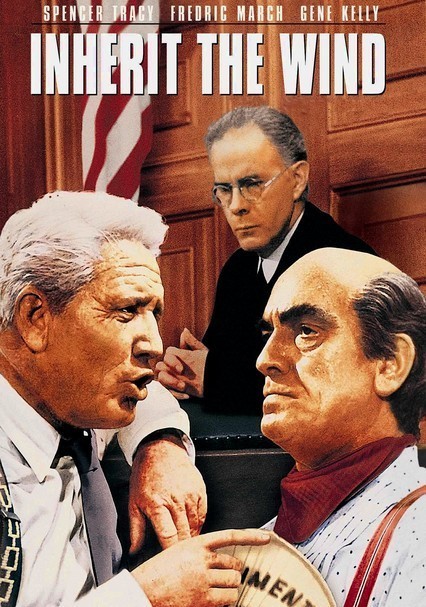 1960 NR 2h 8m DVD
Spencer Tracy (in an Oscar-nominated role) and Fredric March square off as opposing attorneys Henry Drummond and Matthew Harrison Brady, respectively, in this blistering courtroom drama about the famed 1925 "Scopes Monkey Trial," in which a Tennessee teacher was taken to task for teaching Darwinism in the classroom. The film also earned Oscar nods for its editing, screenplay and cinematography. Gene Kelly co-stars as a newspaper reporter.

Parents need to know that kids will hear some mild swearing. A scene in which a jailed teacher is burned in effigy by a menacing crowd might disturb sensitive kids. The movies raises issues of creatonism vs. evolution.

A threating scene in which a jailed teacher is burned in effigy might disturb sensitive kids.

The movies raises issues of creatonism vs. evolution.