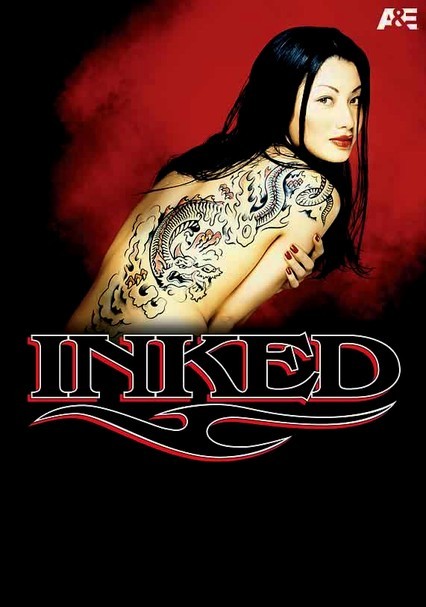 2005 TV-14 1 season
Tattoo artistry, quirky clients, and the glamour and grit of Las Vegas are combined in this engrossing reality series about Carey Hart and his crew, who operate the ultra-chic Hart & Huntington Tattoo Company inside Palms Casino Resort. While Carey aims for financial stability, he always wants to create a stable of artists who will satisfy their clientele and catapult tattooing to the next level, gaining the respect of the art world.

Get an insider's look at an art form in which the human body acts as the canvas. Under the direction of freestyle motocross champ and co-founder Carey Hart, ink masters at the Hart & Huntington Tattoo Company -- one of Las Vegas's premier parlors -- ply their trade, catering to an exclusive celebrity clientele. Follow the temperamental tattoo crew as they sharpen their skills and make their mark -- literally -- on their customers.

Parents need to know that this reality show takes place in a tattoo parlor, so if you don't want your kids to be fascinated by body art, this isn't for them. (That said, it might be a reality check for anyone who wants a tattoo: The needle is visible, and clients sometimes wince in pain during the process.) Breasts, rear ends, and other sensitive areas appear, though key areas are blurred onscreen. Expect some skimpy outfits and innuendo-laden conversations; some tattoo artists also speak frankly about sex and the pursuit of sex, as well as their general admiration of bodies. Parlor workers flirt, date, play, and argue with one another regularly; some indulge in reckless behavior.

Some blurred nudity during tattoo application, as well as tight/skimpy clothing. Heavy flirting, hugging, talk about sex and attraction.

Tattoo needles are seen piercing skin, but there's no blood.

Shows people doing jobs that they take seriously and enjoy. But some regulars exhibit poor role model behavior, like driving too fast and procrastinating.

Occasional episodes include stories about drug addiction. Some social drinking.