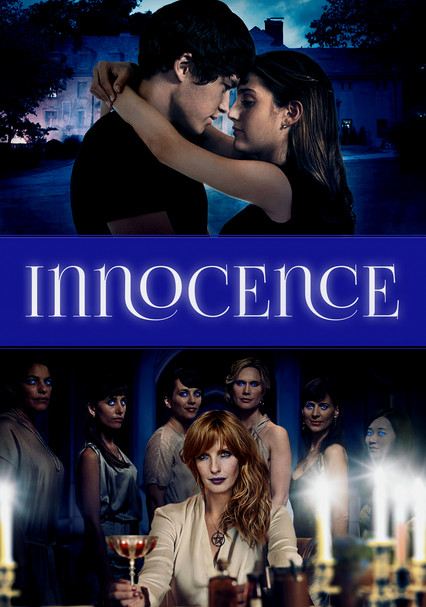 2014 PG-13 1h 36m DVD
In the wake of her mom's death, 16-year-old Beckett Warner enrolls in an elite prep school that turns out to be anything but normal. After a classmate kills herself, Beckett discovers that the curriculum includes some bizarre and bloody activities.

Parents need to know that Innocence is a teen horror/thriller based on a 2001 young adult novel by author Jane Mendelsohn. The movie focuses on a private all-girls school where students have mysteriously met their deaths. A mother dies accidentally, and two teen girls die: One jumps off the roof, and one is captured and killed in a bloody manner (her dead body is shown covered in plastic). There are also some freaky sequences of ritualistic bloodletting and virgin sacrifice, as well as occasional strong language ("f--k," "s--t," "bitch") and one lovemaking scene (no nudity involved). Since the book wasn't a huge best-seller like many other popular YA adaptations, there isn't a big built-in fanbase, but the story should appeal to teens interested in supernatural and/or creepy tales.

A widower begins a slightly scandalous sexual relationship with his daughter's school nurse (no sex scenes between them, but they're shown kissing, and the woman is shown in the student's home late at night, barely dressed or wearing only the father's shirt). Two teens go from flirting and holding hands to kissing, making out passionately on a bed, and eventually making love (definitely her first time, but it's unclear whether it's his). A young woman complains that the boy she was interested in stopped seeing her when another "sluttier" girl showed an interest in him (the new couple is depicted as being very handsy with each other).

The movie opens with a mother's accidental death while surfing; she's there one moment and wipes out the next. At a posh private school, two of the girls die -- one jumps off the roof, and one is captured and killed in a bloody manner (her dead body is shown covered in plastic). Another young woman is nearly killed but manages to vanquish her enemies, who die in a unique but not overly horrifying manner. It's revealed that a tea consumed by various characters is actually blood.

There aren't many positive messages to be gleaned from this movie other than that there's something creepy about adults who are obsessed with the virginity of the teenagers they know.