Inside Iraq: The Untold Story 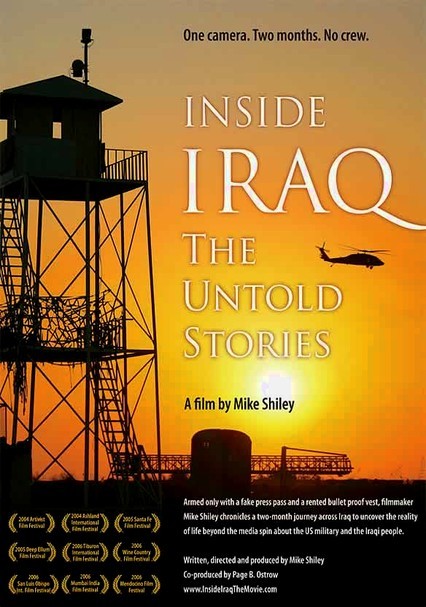 Inside Iraq: The Untold Story

2004 NR 1h 24m DVD
In 2003, ordinary American citizen Mike Shiley created his own press pass and cashed in airline miles to fly to Iraq. Unofficially there to document the nascent war for a Portland TV station, Shiley took his camera to the front lines, where he showed a side of the conflict the media and the military ignored. If you've only seen the news, you've never seen the Iraq War as it's presented in this award-winning documentary.