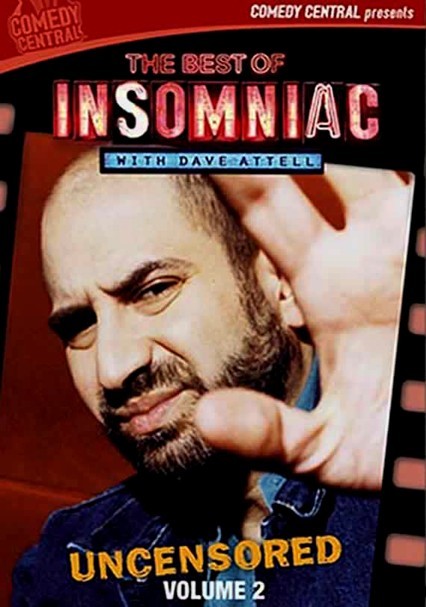 2001 TV-14 1 season
Comedian Dave Attell stars in this Comedy Central show in which he begins his night doing a stand-up routine and then hitting up area attractions to comment on the activities of all the people around him. By the time the sun comes up, Dave has compiled pictures with a disposable camera, made his presence known at many a bar, and consumed numerous cocktails -- all in good humor. Visited cities include Chicago, New York, Amsterdam and more.

In this compilation of episodes from Comedy Central's "Insomniac," host Dave Attell hits cities such as New York, Chicago and Reno, meeting up with all sorts of creatures of the night who work and play when nearly everyone else is fast asleep. The master of all-nighters, Attell turns sleepless hours into strange (and sometimes lurid) adventures -- including Tickle-Torture Night at a New York club and Piercing and Fetish Night at a Boise gay bar.

Attell visits the underworld and interacts with people on the fringes of society, as well as regular folks who just happen to be up late. He's generally respectful of people from all different walks of life, but his jokes and style of humor might offend some viewers.

Tons of drinking and smoking, and Attell makes it clear that he enjoys doing both. Jokes about drinking and driving.