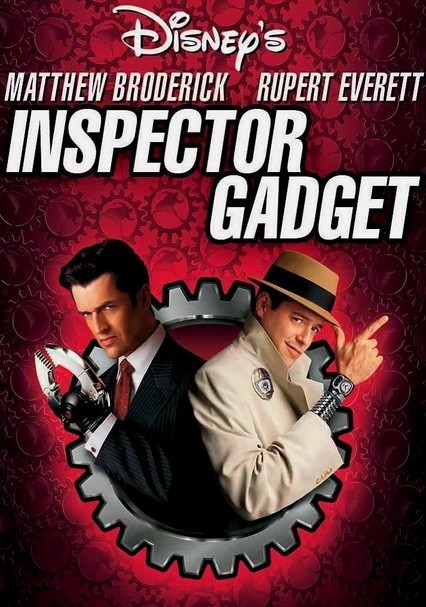 1999 PG 1h 18m DVD
When nebbish rent-a-cop John Brown is mangled in an explosion perpetrated by the iniquitous Dr. Claw, robotics expert Brenda Bradford replaces his limbs with a cornucopia of gadgets and transforms him into a crime-fighting machine.

Parents need to know that this movie has commercial tie-ins, non-stop cartoon violence, and possible bad role models for children. Kids may want to imitate the evil RoboGadget, which scares a little boy by demanding money and threatening him with knives and other weapons. RoboGadget also burns down the town after yelling, "I'm going to kick some butt!"

No sex per se, but there does seem to be an undue emphasis on leering innuendoes.

There are lots of battles between the good and evil Gadget, featuring limbs being ripped out and a disembodied talking head.

One race-related joke. An Asian man, running from RoboGadget, screams "This is why I left Tokyo!" Conversely, Penny, Gadget's young neice, is a great role model for little girls.

The movie boasts blatant commercial plugs for Disney as well as Coca-Cola, Skittles, and M&Ms candy.