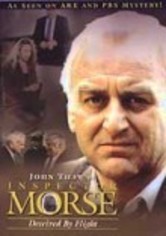 1989 NR 1h 42m DVD
Getting together with old chums -- aging members of the Clarets XI cricket team -- for the sake of sport turns deadly for the Oxford-educated Inspector Morse (John Thaw) in this episode from the long-running series based on the books by Colin Dexter. Just as the group prepares for their annual alumni match, their excitement is spoiled by murder. Can the inspector and Sgt. Lewis (Kevin Whately) uncover the killer behind the mysterious death?