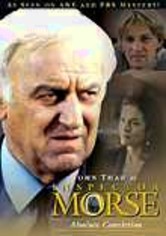 1992 NR 1h 45m DVD
John Thaw stars as the cerebral Inspector Morse in this episode of the popular British television series. After a crooked real estate financier turns up dead, Morse must pose as a prisoner to uncover the truth about the suspicious turn of events. He soon realizes that solving a mystery inside a prison cell is a lot more difficult that he expected -- even for a master sleuth.