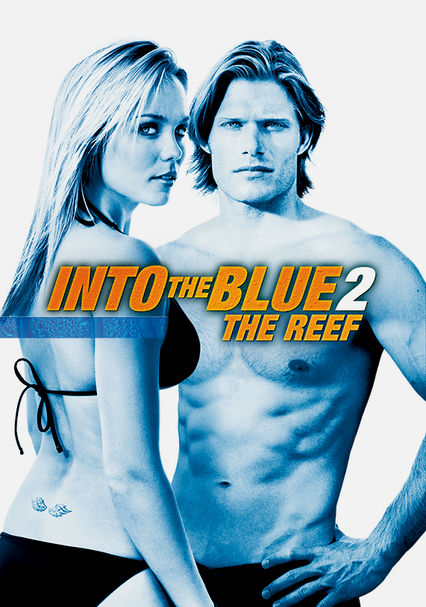 2009 UR 1h 27m DVD
When they're hired to recover the lost treasure of Columbus, married scuba divers Sebastian (Chris Carmack) and Dani (Laura Vandervoort) think they've hit the jackpot. But as they get closer to the fortune, the couple begins to suspect their employers have their own agenda. Hitting upon the real plan, the two come to the chilling realization that they may be expendable and that there's much more than riches at stake.

Parents need to know that Into the Blue 2: The Reef is a 2009 sequel to Into the Blue about a quest for buried treasure that takes a very dark turn. It's a "stand alone" sequel, having nothing in common with the original aside from the beach setting. There is frequent violence; in the opening scene, a character is killed at close range by getting shot in the head. Other characters are killed by machine guns and harpoons. There also are scenes that epitomize the term "gratuitous sex" -- scenes that are little more than an excuse to distract from the slow story line by showing naked female breasts. All of this, along with drinking and frequent profanity that includes "f--k," make this a movie only for older teens and up.

Characters are shown having sex. Naked breasts. Scenes in a bar of women dancing in wet T-shirts, exposing their breasts through the shirts.

A man is shot in the head and killed at close range. Characters are killed with guns and harpoons. Gun violence.

Frequent profanity throughout the movie, including "f--k."

No positive messages in this movie.

Characters drink wine and beer. One of the characters nurses a hangover.