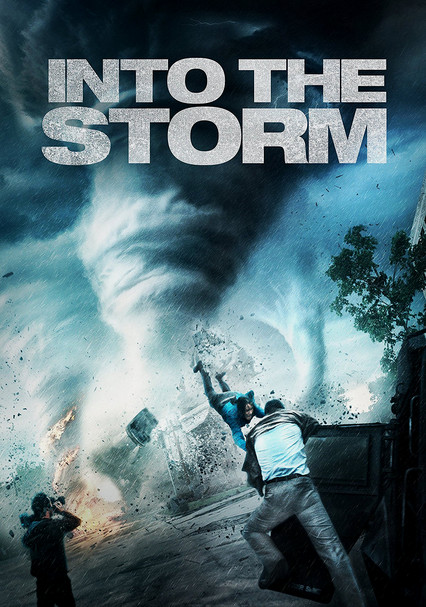 2014 PG-13 1h 29m Blu-ray / DVD
When a wave of powerful tornadoes bears down on the town of Silverton, a band of high school students tries to capture the destruction on videotape. As nature's raw power overwhelms everything in its path, the residents hang on for dear life.

Parents need to know that Into the Storm is an extremely intense natural disaster film about how a group of storm chasers and a high-school assistant principal and his two teenage sons handle a deadly series of tornadoes that hits an Oklahoma town. The storm sequences are violent and deadly; each one leaves more devastation to buildings and people. Characters die, sometimes horrifically, during the storms, especially those who are swept up into a tornado vortex. The body count includes a few prominent characters, and everyone is in life-threatening peril. Language, which includes "s--t" and its many derivatives, is used in nearly every scene once the storms start hitting the town. There are also some references to sex and banging and hot women, but only a couple of actual kisses, one at the beginning and one at the end. Disaster movies can frighten some younger viewers even more than monsters or aliens or paranormal horror, so make sure you know whether your tween or teen can handle realistic depictions of weather catastrophes.

Not much actual romance beyond the opening scene, when a teen couple is shown making out in the backseat of a car. Otherwise, limited to holding hands, mid-peril embraces, and a chaste kiss. But there are verbal references to desire and sex, like a teenager saying that in 25 years he hopes to have a "smokin' hot" wife he can "bang," or a sophomore taking photos of a "hot" teacher with a great "rack" and lots of cleavage, or a high schooler asking his brother to "get some skin on camera" when he's with a pretty girl.

The tornado scenes can be really intense, with large-scale destruction to the town of Silverton and many people killed, including a couple of major characters. People are sucked into the vortices despite desperate attempts to stay attached to something on the ground. One particularly horrific scene shows a man being sucked into a fiery vortex screaming and pleading. Another man is shown in a vehicle as it's sucked up into the air and then comes slamming down, instantly killing him. Other characters nearly drown, have to be revived, and are injured during the storms.

The overwhelming message is that storms can turn from severe to lethal, and people should always evacuate when asked to seek shelter. But if your family or people you love are missing, you must also do everything in your power to get them to safety. Also, as the movie makes clear, pretending to be a storm chaser when you have no credentials is a bad decision.

Two supporting adult characters and their friends drink a lot of beer in the movie and are often drunk or on their way to drunk.