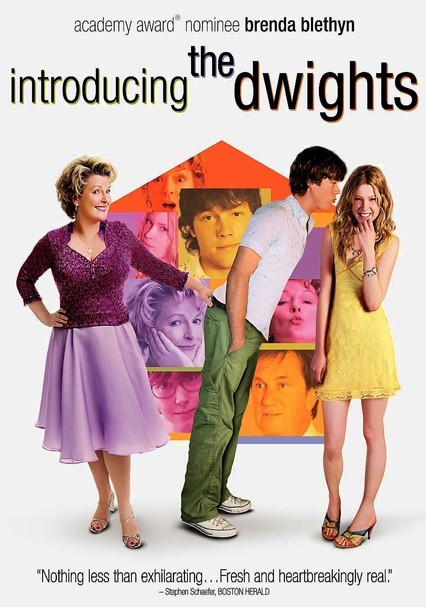 2007 R 1h 46m DVD
The romantically inexperienced Tim (Khan Chittenden) finds himself caught between a controlling mother and his new girlfriend in this emotional coming-of-age film. Jean (Brenda Blethyn), a struggling comedienne, can't accept that her son is growing up and fears that his budding relationship with Jill will disrupt the family. The conflict comes as Jean tries to revive her comedy career, and Tim's dad relives his glory days as a one-hit wonder.

Parents need to know that although this Australian film is positioned as a quirky family comedy, it's actually quite dark. The main character is a comedienne who's trying to make a last run for stardom just as her sons become more independent, which leaves her feeling abandoned and threatened. A couple's frequent sex scenes are often fairly graphic (bare breasts, but no genitals), as is the language ("f--k," "s--t," and more). Characters drink freely, and their drinking leads to behavior they later regret (for example, a mother threatens to abandon her children and orders them out of her house).

Plentiful, and plenty explicit. Everything from a couple kissing deeply in a car to scenes in which they're shown naked (breasts are bared, but no genitalia), astride each other or simulating oral sex. Bare breasts are flashed within the first 10 minutes of the movie.

Jean melts down, throwing liquor bottles and other objects at people and walls. A truck gets into an accident, nearly hitting a key character. Tim fights loudly with his girlfriend.

The family at the heart of the movie is quite dysfunctional: The mother relies too much on her sons, and she also browbeats them and sometimes belittles them (especially when she's upset or drinking). Children lie to their parents to avoid upsetting them; a couple argues about sex (and has lots of it), and the girlfriend routinely tosses out offhand remarks about her body and what she doesn't like about it. On the other hand, the mother clearly cares about her children, too. And though she hits some deep lows, in the end, the family bands together and sins are forgiven -- which seems quite idealistic.

One character works at a Midas garage, and the company logo is clearly visible on her uniform. Another is proud of his "Merc" (aka Mercedes Benz). There's also a fair amount of name-dropping, especially of big-name comedians and the clubs where they performed.

In times of both joy and sorrow, the main characters reach for the bottle (and discuss having drunk too much). Afterward, they stagger around, sleep with one another, or fall into deep depressions. Some smoking in clubs.