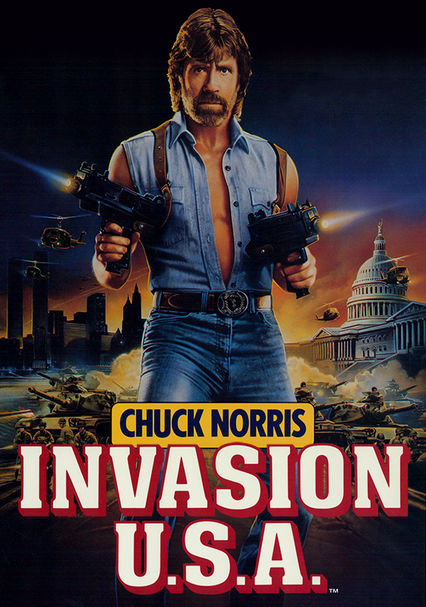 1985 R 1h 50m DVD
When terrorist mercenaries led by Soviet agent Rostov (Richard Lynch) invade America and turn the country into a war zone, it's up to one-man army Matt Hunter (Chuck Norris) to stem the rising tide of violence, leading the U.S. Army into guerilla warfare on its own turf. And Hunter won't stop until every last enemy of freedom has been eliminated. This rousing actioner features death-defying stunts and a heart-stopping climax.